Skip to content
HomeDiscussion of The Crisis of Global Modernity: Asian Traditions and a Sustainable Future

A Crisis of Global Modernity

—A discussion of Prasenjit Duara’s “The Crisis of Global Modernity: Asian Traditions and a Sustainable Future”—

ARI and FASS are pleased to present a launch event for the latest book by Professor Prasenjit Duara, The Crisis of Global Modernity: Asian Traditions and a Sustainable Future.

The book, published by Cambridge University Press, will be available for purchase at the event at a special discounted price. It can also be ordered here.

If you would like to pre-order a copy of the book to pick up at the event, please contact fasbox42@nus.edu.sg.

In this major new study, Prasenjit Duara expands his influential theoretical framework to present circulatory, transnational histories as an alternative to nationalist history. Duara argues that the present day is defined by the intersection of three global changes: the rise of non-western powers, the crisis of environmental sustainability and the loss of authoritative sources of what he terms transcendence – the ideals, principles and ethics once found in religions or political ideologies. The physical salvation of the world is becoming – and must become – the transcendent goal of our times, but this goal must transcend national sovereignty if it is to succeed. Duara suggests that a viable foundation for sustainability might be found in the traditions of Asia, which offer different ways of understanding the relationship between the personal, ecological and universal. These traditions must be understood through the ways they have circulated and converged with contemporary developments. More information on The Crisis of Global Modernity: Asian Traditions and a Sustainable Future is available here.

Prasenjit Duara is the Raffles Professor of Humanities at the FASS Department of History at the National University of Singapore, where he is also the Director of the Asia Research Institute. He is the author of several books on Chinese and East Asian history, including Culture, Power and the State: Rural North China, 1900-1942 (Stanford, 1988), which won the Fairbank Prize of the AHA and the Levenson Prize of the AAS. His other books are Sovereignty and Authenticity: Manchukuo and the East Asian Modern (Rowman and Littlefield, 2003), Rescuing History from the Nation (U Chicago, 1995), The Global and the Regional in China’s Nation-Formation, (Routledge, 2009) and an edited volume on Decolonization (Routledge, 2004). In addition to Chinese history, he works more broadly on Asia in the twentieth century, and on historical thought and historiography. Professor Duara spent a major part of his career teaching at the Department of History in the University of Chicago, where he was also chairman of the department from 2004-2007. His Ph.D was obtained in 1983 from Harvard University, where his doctoral thesis was Power in Rural Society: North China Villages, 1900-1940.

Kishore Mahbubani is Dean and Professor in the Practice of Public Policy at the Lee Kuan Yew School of Public Policy at the National University of Singapore. Concurrently, Prof Mahbubani continues to serve in Boards and Councils of several institutions in Singapore, Europe and North America, including the Yale President’s Council on International Activities, Association of Professional Schools of International Affairs, University of Bocconi International Advisory Committee and Chairman of the Lee Kuan Yew World City Prize Nominating Committee. He previously served for 33 years in Singapore’s diplomatic service and is recognised as an expert on Asian and world affairs. Prof Mahbubani was also listed as one of the top 100 public intellectuals in the world by Foreign Policy and Prospect magazines in September 2005, and included in the March 2009 Financial Times list of Top 50 individuals who would shape the debate on the future of capitalism. Professor Mahbubani was selected as one of Foreign Policy’s Top Global Thinkers in 2010 and 2011. In 2011, he was described as “the muse of the Asian century”. He was also selected by Prospect magazine as one of the top 50 world thinkers in 2014.

Daniel Goh is Associate Professor at the Department of Sociology, Faculty of Arts and Social Sciences. He received his PhD from the University of Michigan, Ann Arbor, in 2005, and his core specialisation is in comparative-historical sociology. His research interests include ethnography and state formation, race and multiculturalism, religion and society, and the cultural politics of global city making. He is currently writing a book on History, Heritage and Reurbanization in Hong Kong, Penang, and Singapore. His published papers can be accessed at www.danielpsgoh.com.

John D Kelly is a Visiting Professor in Social Science at Yale-NUS College. He holds a concurrent appointment as Professor in Anthropology at the University of Chicago. Professor Kelly’s research focuses on capitalism, colonialism, diaspora, decolonization, and Pax Americana. His books include A Politics of Virtue: Hinduism and Countercolonial Discourse in Fiji, which was published in 1991, and Represented Communities: Fiji and world decolonization, co-authored with Martha Kaplan in 2001. Professor Kelly also co-edited the book Anthropology and Global Counterinsurgency, which was published in 2010. Professor Kelly has also written encyclopedia entries on Postcoloniality, Cultural Relativism and Neo-imperialism. Most of his work concerns the political anthropology of the decolonization era. More recently; Professor Kelly has chaired discussions at the 2013 meetings of the American Anthropological Association. Professor Kelly was formerly the director of the University of Chicago’s Human Rights Program. He is also the co-editor of Corporate Social Responsibility: Human Rights in the New Global Economy, a forthcoming book that attempts to bring lawyers and anthropologists into dialogue. While he is in Singapore, Professor Kelly is writing a book on the political struggles in highland Asia. The book’s working title is Highland Asia, and the Paradoxes of Self-Determination in Practice. It will cover topics ranging from World War II, decolonization, and the Bandung Conference to the era of permanent counterinsurgency occupations.

Kenneth Dean is the head of the Chinese Studies Department at FASS. He was previously James McGill Professor and Drs. Richard Charles and Esther Yewpick Lee Chair of Chinese Cultural Studies in the Department of East Asian Studies of McGill University. He recently completed Bored in Heaven, an 80 minute documentary film on ritual celebrations around Chinese New Year’s in Putian, Fujian, China. He is the author of several books on Daoism and Chinese popular religion, including Ritual Alliances of the Putian Plains: Vol. 1: Historical Introduction to the Return of the Gods, Vol. 2: A survey of village temples and ritual activities, Leiden: Brill, 2010 (with Zheng Zhenman);  Lord of the Three in One: The spread of a cult in Southeast China, Princeton: 1998  Taoist Ritual and Popular Cults of Southeast China, Princeton 1993; as well as  First and Last Emperors: The Absolute State and the Body of the Despot (with Brian Massumi), Autonomedia, New York. 1992. He gathered and edited (with Zheng Zhenman) Epigraphical Materials on the History of Religion in Fujian: Xinghua Region (1 vol. 1995); Quanzhou Region (3 vols, 2004).

Ted Hopf is Professor at the FASS Department of Political Science. Professor Hopf has been appointed by NUS as a Provost’s Chair at FASS in recognition of his outstanding and internationally acknowledged scholarly accomplishments. His main fields of interest are international relations theory, qualitative research methods, and identity, with special reference to the Soviet Union and the former Soviet space. He is the author or editor of five books, including Social Construction of International Politics: Identities and Foreign Policies, Moscow, 1955 and 1999 (Cornell University Press, 2002), which won the 2003 Marshall D. Shulman Award, presented by the American Association for the Advancement of Slavic Studies for the best book published that year on the international politics of the former Soviet Union and Central Europe, Reconstructing the Cold War: The Early Years, 1945-1958, was published in April 2012 by Oxford University Press. Professor Hopf received his B.A. from Princeton University in 1983 and his Ph.D. from Columbia University in 1989. He was a Fulbright Professor in the autumn of 2001 at the European University at St. Petersburg and a former vice-chairperson of the Board of Directors of the National Council for Eurasian and East European Research. His research has been supported by the Mershon Center, the Ford Foundation, the American Council for Learned Societies, and the Olin and Davis Centers at Harvard University. He is a member of the international advisory board of the Annals of the University of Bucharest: Political Science Series.

Registration is required. Please register by emailing fasbox42@nus.edu.sg with your full name and email. We hope to see you there! 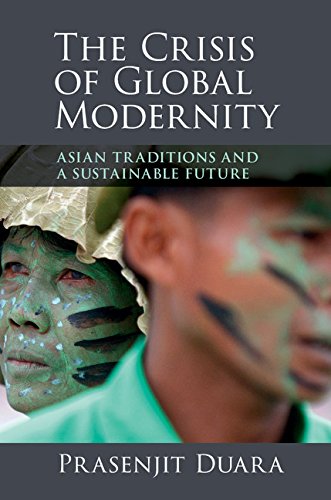