The story primarily revolved around the Chinese Girls School (CGS) – the first all-girls’ school in Singapore, founded by Mrs Maria Dyer of the London Missionary Society. Miss Cooke succeeded Miss A. Grant, as the superintendent of the school in 1953. Miss Cooke whole-heartedly served the school – a boarding school for orphan girls – for 42 years. As the number of pupils increased, the school relocated several times before finally settling at 134 Sophia Road in 1861.

CGS was renamed as CEZMS School after it was taken over by the Church of England Zenana Missionary Society in 1900, and subsequently renamed in 1949 as St. Margaret’s School after Queen Margaret of Scotland. St. Margaret’s School is currently located in two separate premises in Singapore – on Wilkie Road (for the primary level) and Farrer Road (for the secondary level). 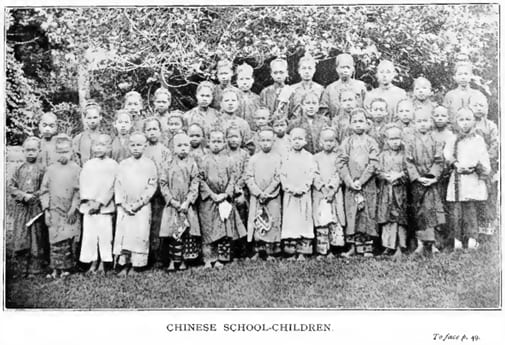 In addition to imparting reading, writing and needlework skills to her students, Miss Cooke also played the role of a mother to these Chinese girls …

“One peculiar duty fell to her lot, being in the place of a mother to the children under her care. By Chinese custom, when a girl reaches the age of thirteen or fourteen she is kept at home, and hardly allowed to stir out of the house until she is married. Miss Cooke was expected to look out husbands for her pupils, who were usually married at the close of their two or three years’ stay with her.”

Here’s an excerpt from the book, where Miss Cooke’s selfless passion and devotion to her work are clearly evident …

Nothing in England interested Miss Cooke so much as the ragged schools which she visited in London. She became fired with the desire to establish one in Singapore, a wish she carried into effect as soon as possible after her return in December, 1864. She was then accompanied by Miss Houston, to whom this new branch of work was chiefly entrusted. On March 6, 1865, the first Chinese Ragged School was commenced, with one woman and three children. Some notes from Miss Cooke’s diary give us a glimpse of the discouragements experienced at first:

‘March 8.—Cholera raging among the natives; they are buried by fifties. Several Europeans have died. May our God prepare us for what He has prepared for us! Went to the Ragged School; five children and six women; an unexpected opening for a sort of mothers’ meeting, as the women wish to learn to crochet babies’ boots and shoes. ‘ Our own ” five,” now big children, go with Miss Houston every day to the Ragged School to try to win the children, and it is beautiful to see what earnest little missionaries they are. 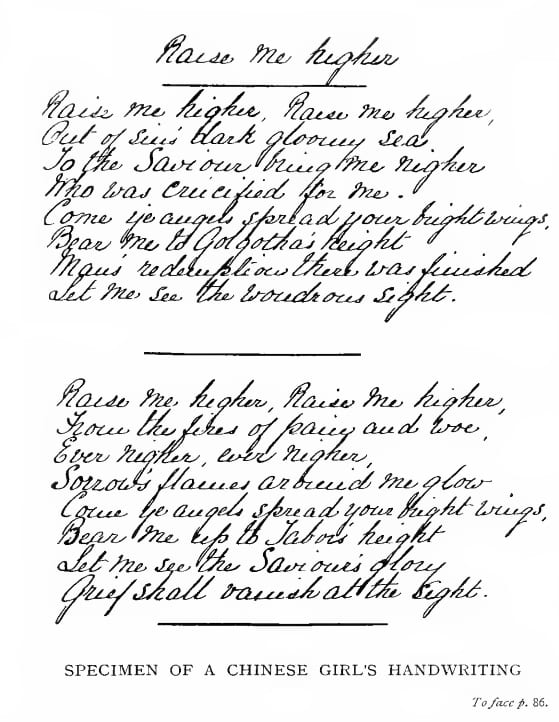