One Hundred Years of Singapore was published to mark Singapore’s centenary. Earlier, in March 1918, the Straits Settlements government appointed a Centenary Committee under the chairmanship of George Maxwell, the acting Colonial Secretary. In addition to the centenary celebrations, the Committee recommended the founding of a college of higher education as a permanent memorial of the occasion. This was realised belatedly with the establishment of Raffles College in 1928. The other major undertaking was the sponsorship of a publication on the history of the settlement as a testament to British imperial achievement. Placed under the care of 3 Singapore editors who worked with a London subcommittee of former Singapore residents, the two-volume One Hundred Years of Singapore was published in London in 1921. 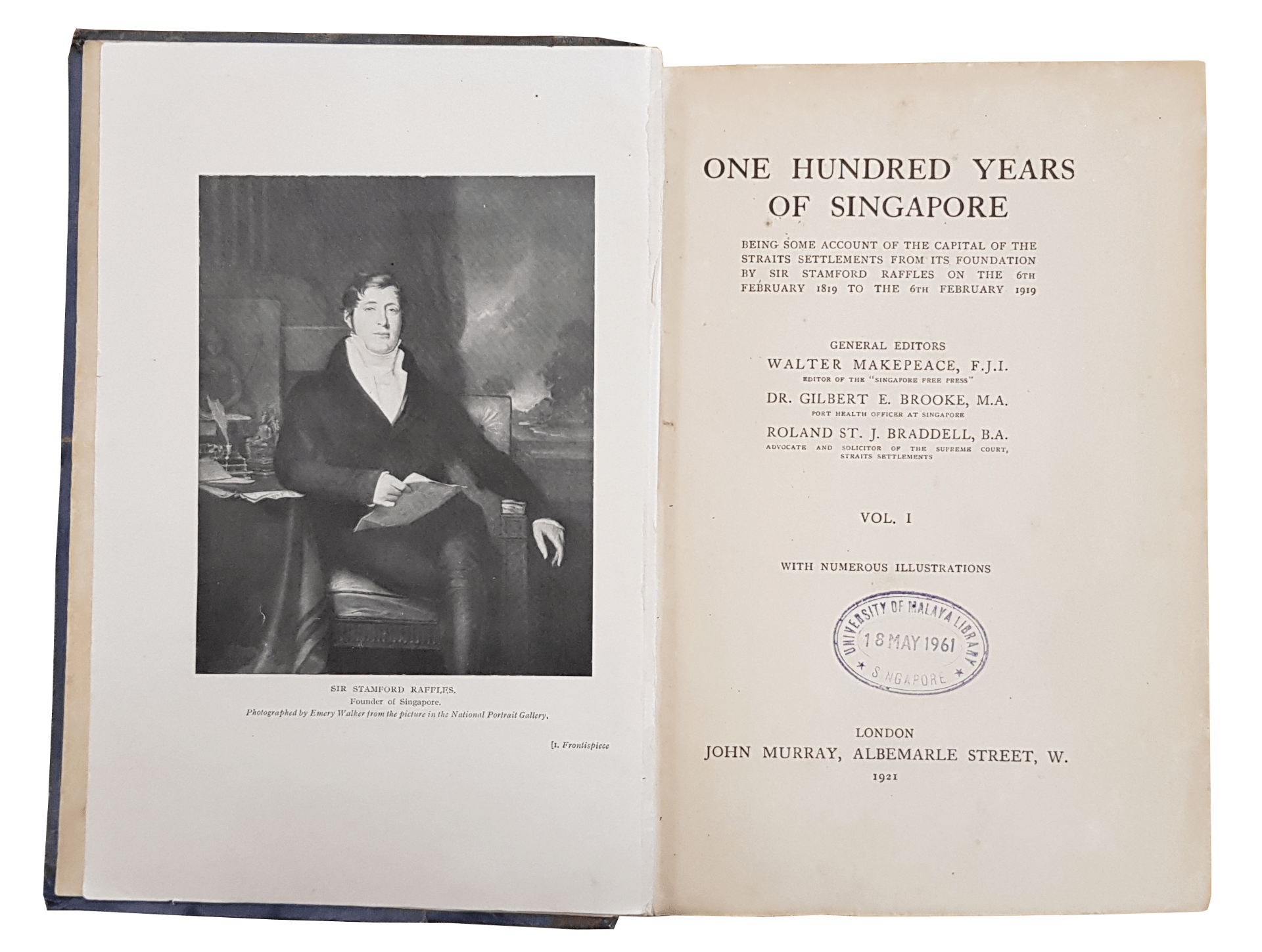 As introduced by C. M. Turnbull in her 1991 reprint edition, the book is dedicated to ‘the race of trader-statesmen and the clan of trader-fighters’ and their descendants who had realised their imperial dreams on the island. The book comprised 23 chapters on various subjects, dealing with the settlement’s history, government, law, military, education, science, commerce, sports, and others. It lauded the heroes of empire – founders, governors and senior civil servants such as Stamford Raffles, Andrew Clarke and Frank Swettenham and provided a portrait of social life among the ruling class in Singapore. It almost entirely focused on the activities of the European community and portrayed an active, busy people defying the equatorial sun to create a new and vibrant society with its own special character. 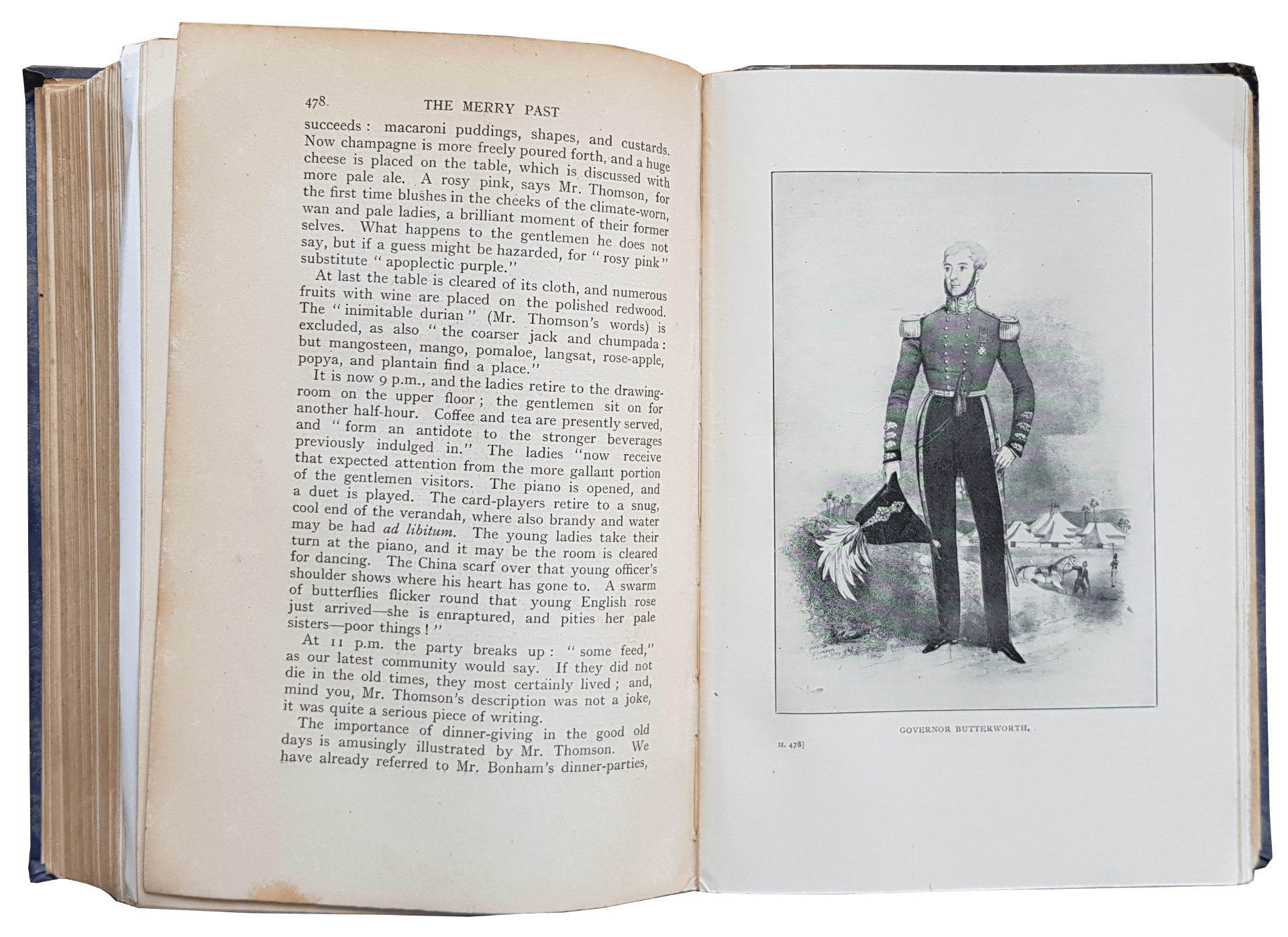 The editors initially planned to include a few chapters on the history of Singapore’s Chinese, only to realise that the Chinese community, which constituted three quarters of Singapore’s population, deserved a volume on its own. This led to a separate publication written by Song Ong Siang, titled One Hundred Years’ History of the Chinese in Singapore

Similar to Song Ong Siang’s book, One Hundred Years of Singapore also owed much in style and content to Charles Burton Buckley’s An Anecdotal History of Old Times in Singapore, 1819-1867 that was published in 1902. Together the set of 3 books offers an extensive narrative detailing the success of British administration in colonial Singapore prior to the World War II. 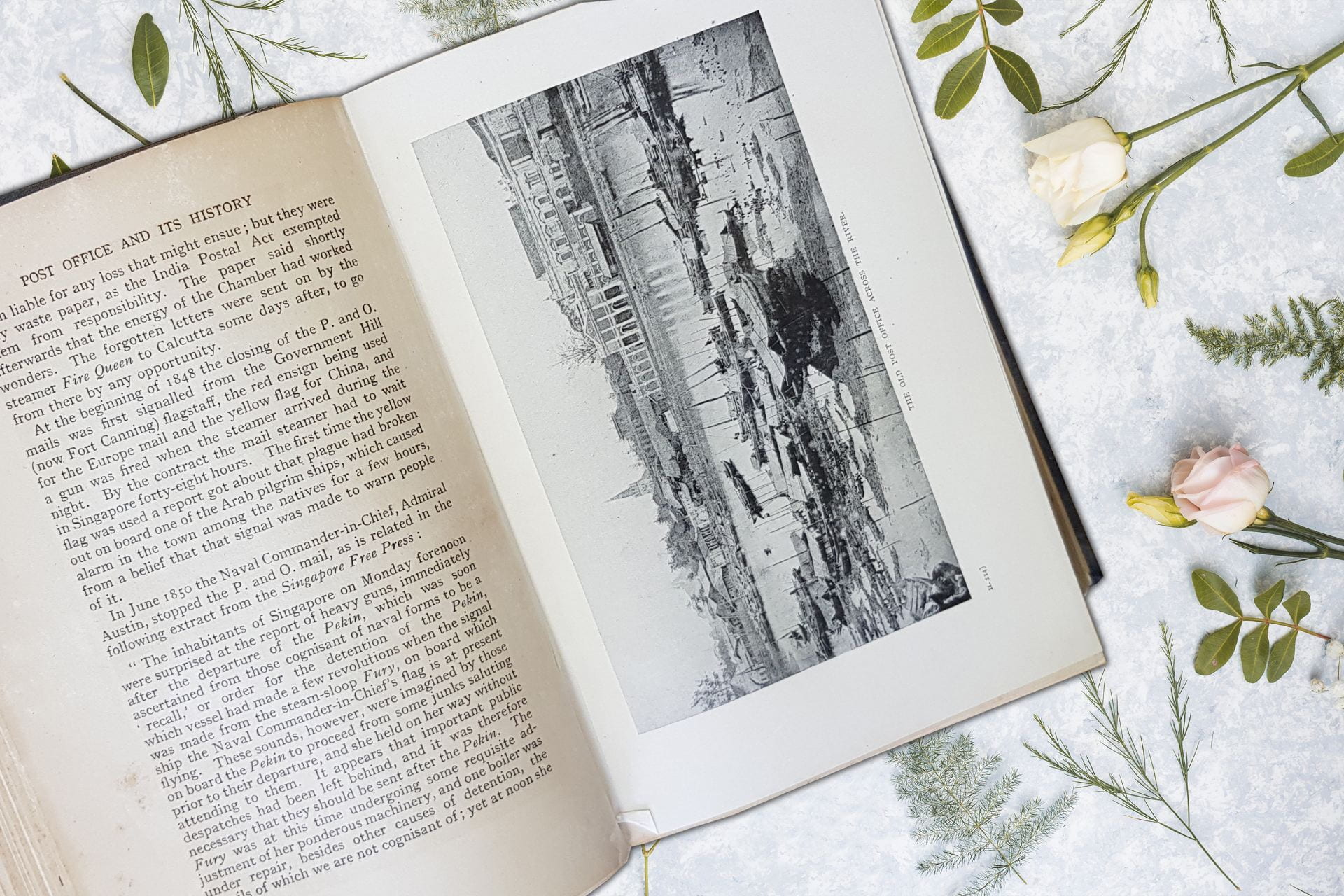