Did you know, humans are not the only species in the animal kingdom that enjoy consuming caffeine! Recent studies have shown that when honeybees (Apis mellifera) consume small quantities of caffeine in nectar, their memory capabilities are increased. Wright, et al. (2013) conditioned honeybees with floral scents and fed them with sugar solutions.  They found out that honeybees that were fed with caffeine-laced  sugar solutions were three times more likely to associate the floral scent with a reward of sugar solution, even after 24 hours had passed(Wright, et al., 2013)!  This shows the positive effect of low doses of caffeine on long-term memory retention.  This positive effect increases the bee’s foraging efficiency as it is then able to communicate accurate directions to recommended foraging spots to other bees back at the hive. 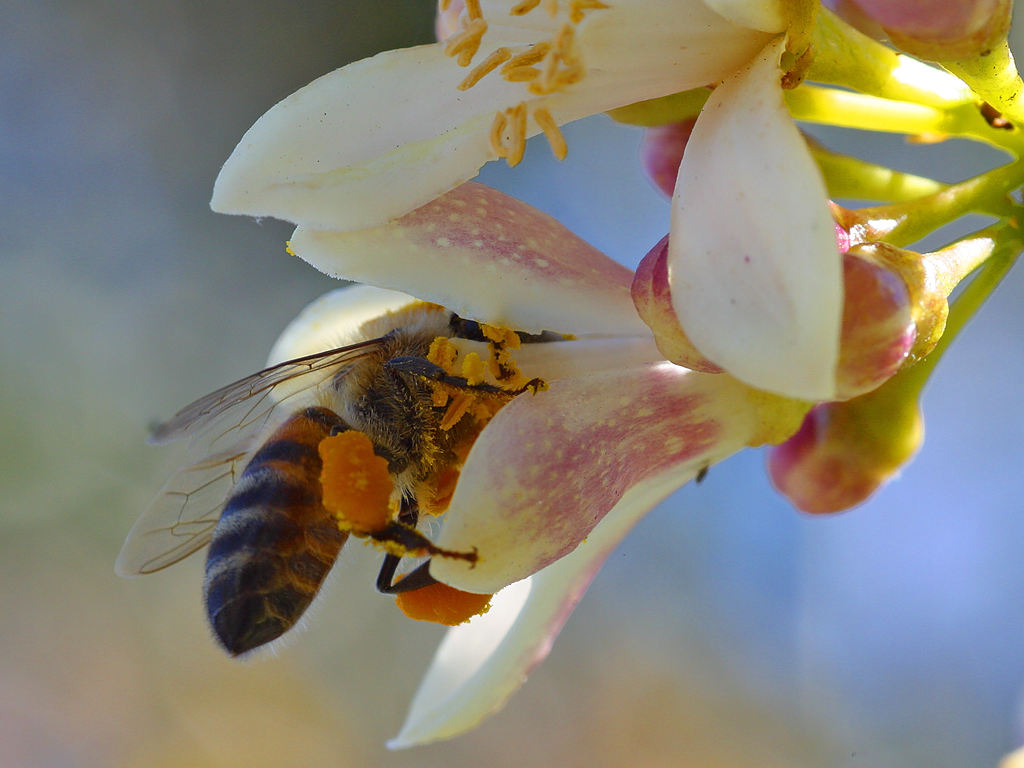 As a result, flowers with caffeine in their nectar are more likely to be pollinated as honeybees will remember their scent signals and guide fellow honeybees back to the same flower, leading to a mutually beneficial relationship.  However, bees are repelled by caffeine in concentrations that are greater than 1nM, as they are too bitter (Wright, et al., 2013; Chittka & Peng, 2013).

That’s not all, caffeine also makes honeybees smarter, faster! According to Si, et, al. (2005), juvenile bees that consume caffeine experience faster rates of brain development.  Now, if only caffeine could make us smarter too…

← Monkey….? No! Octopus See, Octopus Do!
There’s some bad blood between us! →