Hello everyone! In my previous blog post, I’ve touched on the impacts of noise pollution that have been increasingly pervasive in National Parks, and how it impacts both the environment and human health. Who would’ve thought that anthropogenic noise can affect even plants (albeit indirectly) too?! The problem of noise pollution is increasingly pervasive, and therefore, various studies have been done to figure out how we can protect the soundscapes of our national parks and ensure that both visitors and wildlife get to experience natural quiet and sounds of nature. This blog post seeks to discuss further.

A Case Study at Muir Woods National Monument involving Quiet Zones
The NPS Natural Sounds Program Office was established in 2000; with a mission of “articulating the various operational policies that will require, to the fullest extent practicable, the protection, maintenance, or restoration of the natural soundscape resource in a condition unimpaired by inappropriate or excessive noise sources”. Hence, it has supported a program of research at Muir Woods National Monument, which was designed to support noise management. One of the ways in which the NPS  addressed the issue, is through an educational program that was developed to sensitize visitors to human-caused noise at the park, and to encourage them to reduce the noise they generated. This was done through experimental treatments involving quiet zones that were established in various parts of the park. The first treatment utilised a series of signs that were placed throughout the park that designated Cathedral Grove (which is located 800m from the park entrance) as a “quiet zone”, whereas the second treatment utilised signs declaring “quiet days” throughout the park. Both set of signs also requested visitors to turn off their mobile phones, encourage children to walk quietly, and talk in a lowered voice. Meanwhile, there were also days without any signs, which served as experimental controls. Surveys were also generated to find out more about the perceptiveness of the educational treatments by the visitors. Based on the survey findings, a significant percentage of visitors reported that they consciously limited the amount of noise they made in the park after observing the signs, which indicates a high level of compliance with the educational messages. This is further complemented by the fact that the quiet zone approach caused sounds levels to decrease by almost 3 dB! This shows that educational programs and interpretive materials in the form of signages (which is a seemingly straight forward approach) have the added benefit of helping visitors be more conscious of the park’s acoustical environment and the value of natural, uninterrupted sounds. 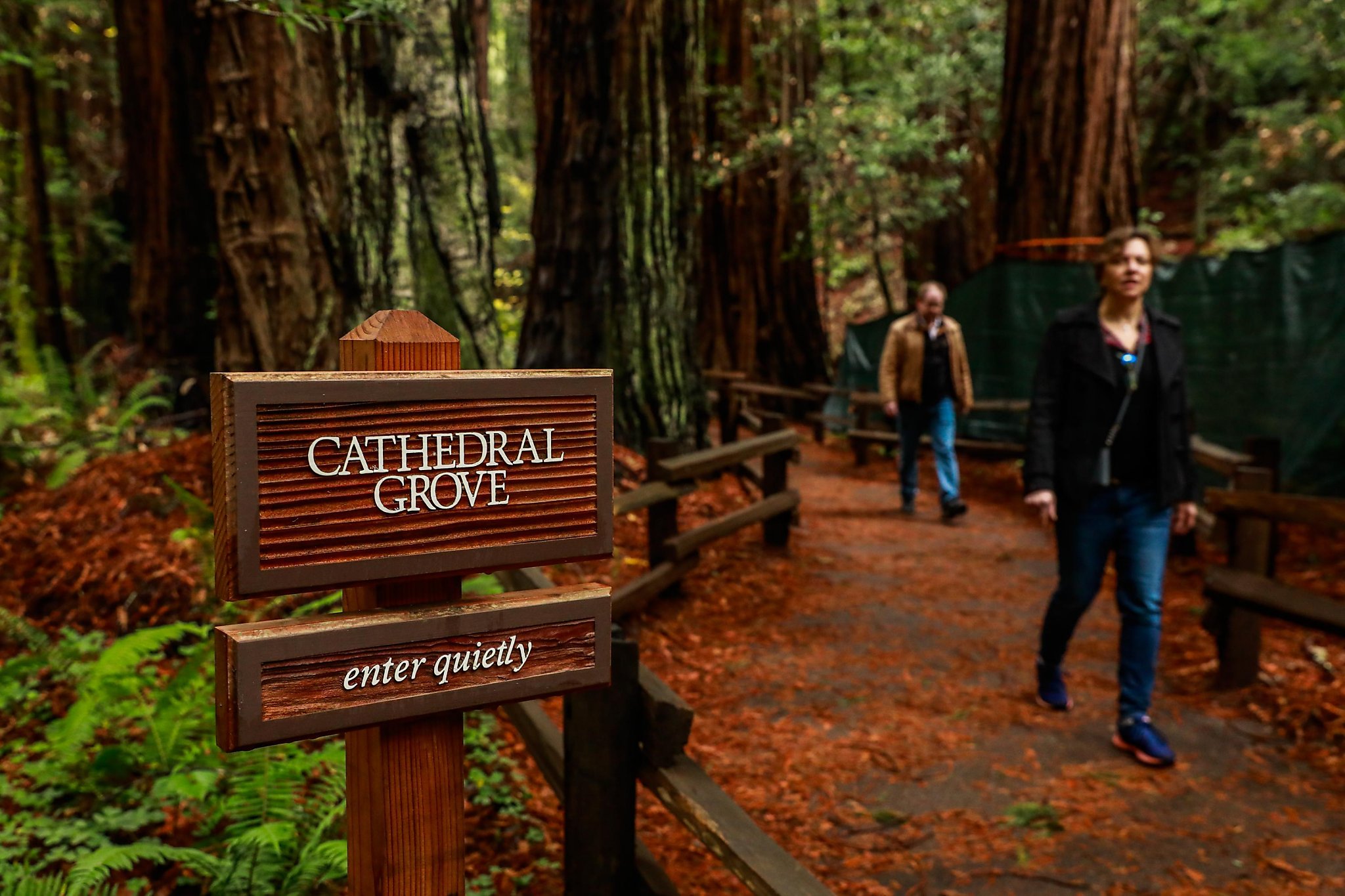 Focusing Noise Reduction on Major Roads and Highways
There are a number of national parks that are in close proximity of roads and highways. Therefore, the most common methods of noise reduction focus on quieting major roads and highways. A typical approach would be to introduce large walls that block noise from the surrounding area. These barriers can be built from various materials (concrete, wood, metal), as long as they adhere to a certain density. According to the Federal Highway Administration (FHWA) (2011), noise barriers can achieve a 5 dB noise level reduction, when it is tall enough to break the line-of-sight from the highway to the home or receiver, and another 1.5 dB reduction after it breaks the line-of-sight, for each meter of barrier height. Despite the effectiveness of noise barriers, it comes with certain limitations too. As noise barriers must be tall enough and long enough to achieve the desired effects on noise, it may be an expensive solution. Additionally, they may require frequent maintenance, such as preventing holes that may reduce its effectiveness. An alternative method involves the use of earth berms. Earth berms are raised barries that are made from compacted soil. However, according to a Guidelines for the Use of Earth Berms to Control Highway Noise, earth berms with normal surfaces (grass over soil) were found to provide about 2 dB less noise reduction than walls of the same height and position. This is due to the fact that sound waves which strike the berms inclined front face gets reflected/scattered towards the crest of the berm. Hence, the gradient of the berms may affect how much noise it is able to reduce. The slopes of earth berms also consume substantial space, which means that berms cannot be built as close to traffic as can noise walls. Therefore, there is another option of combining both earth berms and walls, which may lead to an improvement in noise reduction. This is because the berm reflected/scattered sound waves have a higher tendency to cancel (FHWA, 2011). However, the walls would have to be placed on top of an earth berm that is flat-topped, and of normal softness. The FHWA has elaborated further on the optimal berm/wall configurations, as seen here.

Last but not least, modifications can be made to the roadway itself. For instance, increasing the porosity of pavements may reduce the propagation of noise and prevents tire noise due to a smoother horizontal surface and greater elasticity, as compared to normal roads that are made of asphalt and concrete without indentations. However, porous roads are less resilient than traditional roadways, as dust can clog the pores and diminish the noise-reduction potential. They also require more frequent maintenance than standard asphalts or concretes (Abad et al., 2017).

Monitoring and Management
Ultimately, noise levels have to be monitored again after mitigation measures have been introduced, in order to determine whether longer-term strategies (such as visitor education, quiet zones and addition of barriers) had significant effects on noise reduction. Additionally, these repeated recordings allow sound levels to be tracked over long periods of time, making larger trends more observable, so that future interventions can be targeted more effectively (Abad et al., 2017).

Kaplan, S., 2017. Human Noise Pollution Is Everywhere, Even In The National Parks. [online] The Washington Post. Available at: <https://www.washingtonpost.com/news/speaking-of-science/wp/2017/05/04/human-noise-pollution-is-everywhere-even-in-the-national-parks/>