We are currently halfway through the Decade of Vaccines, and what better time to reflect on this than during World Polio Day. This day is celebrated on October 24th each year, to mark the birthday of Jonas Salk, who developed the first polio vaccine in 1952. But this year, it carries a special significance; in September, Nigeria was removed from the list of polio-endemic countries, having completed one year with no notified cases of wild polio. This is a landmark achievement, marking the first time in human history that the African continent has been polio-free, and giving realistic hope that WHO’s target of polio eradication, set out in the Global Vaccine Action Plan, can be met, if not by 2018 then shortly thereafter. To date, only smallpox has been successfully eradicated with a vaccine. 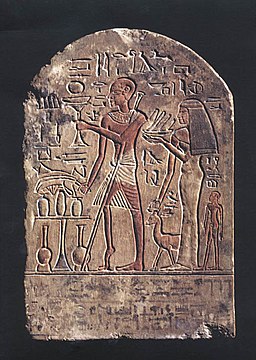 It hasn’t always been so rosy. Smallpox, through a massive concerted effort, took 10 years to eradicate at a cost of about US$300 million, a public health bargain when you consider that smallpox was a highly debilitating illness that killed about a third of those affected. If polio eradication is achieved by 2018, it will have taken 30 years. To date, the programme has cost at least US$6 billion, with a further US$6 billion needed to achieve eradication. This might make you and many donors think twice about the sustainability of global eradication programmes, but consider that measles eradication is now also on the cards. 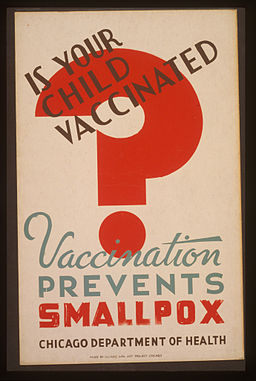 On the face of it, polio would seem like a reasonable candidate for eradication. It affects only humans and there is no animal reservoir and there are two highly effective vaccines that can be fitted into the routine childhood immunization programme. There are, however, some major differences between polio and smallpox and the resultant technical challenges have become only too apparent in the past couple of decades. The smallpox virus was transmitted from person to person through close contact, and almost everyone who was infected developed symptoms, becoming infectious to others shortly thereafter. It’s been estimated that a case of smallpox could, on average, infect three other people in the absence of immunity. Because nearly everyone of those would develop symptoms, cases were easy to identify and onward transmission could be prevented very effectively by limiting contact and vaccination. Polio virus, on the other hand, is ingested through the mouth, replicates in the gut and is excreted in faeces, which means it can be transmitted both directly from person to person, but also through water contaminated with sewage or human waste, and through contaminated surfaces. Only about 1 in 100 infected people develop the paralytic symptoms characteristic of polio, meaning that the vast majority of those infected can transmit the virus to others without showing any symptoms, so the measures of case identification and isolate that proved so effective against smallpox are not readily applicable to polio.

Jonas Salk developed an injectable, inactivated polio vaccine (IPV) in 1962. A decade later, a trivalent, live oral polio vaccine (OPV) was developed by Albert Sabin containing the three polio viruses that affect humans. OPV use largely superseded IPV, because the live vaccine had several major advantages: it was given orally and stimulated immunity in the gut, the natural point of infection for polio virus; it contained viruses that could replicate and boost immunity without causing disease, and could be passed on from vaccinated to unvaccinated individuals, providing some protection to those who had not been vaccinated; oral administration was easy, requiring little medical training and minimising the risk of unintentional cross-infections through unsafe use of needles. OPV was therefore the preferred option in many countries for polio elimination.

There were, however, substantial technical challenges. OPV is less stable at ambient temperature and has to be transported in cold chain. Three unexpected things also became apparent. Firstly, the vaccine did not boost immunity to the three polio viruses in the same way; the vaccine was more effective against type 2 virus compared to types 1 and 3 and wild type 2 virus, in fact, has already been eradicated for some years. The downside was that the strong response to type 2 interfered with the immune response to the other types. Secondly, in some countries, notably India, a subset of children persisted who were not protected despite having been vaccinated multiple times, sometimes as many as 10 to 15 times. Thirdly, and most worryingly, mutations in the vaccine virus could on rare occasions cause the virus to become pathogenic and transmissible. In some individuals, particularly those with compromised immune systems, these so-called vaccine-derived polio viruses (VDPVs) can be shed for months. This phenomenon is thus a potential concern in countries with continuing and substantial HIV/AIDS epidemics, but to put it into perspective, there have been 760 documented cases of vaccine-derived polio since 2000. In the same time period, some 10 billion doses of OPV have been administered, preventing an estimated 13 million cases of polio.

These issues have posed tremendous challenges for polio control. But it turns out that through ingenuity, technical know-how, organization and trust, not to mention a lot of money, the global community can achieve unfathomable things. By switching to more recently-developed vaccines containing only one or two of the three polio viruses, countries like India have managed to eliminate polio, and by supporting the remaining countries to switch from OPV to IPV, eradication without the continuing risk of vaccine-derived polio transmission is a real possibility. The additional cost seems staggering, US$6 billion between 2013 and 2018, and further billions needed in the post-eradication era to verify global eradication and stamping out vaccine-derived strains. But there is a golden window of opportunity, while eradication of natural polio is within reach and capacity exists to keep vaccine-derived viruses under control. The alternative is unimaginable – a return to 200,000 children paralysed each year and even more staggering societal costs through human suffering, healthcare expenditure and lost productivity.