I had initially assumed that the second topic of the ONL202 course, Open Learning—Sharing and Openness,  would be a relatively straightforward one. But as we went through the introductory material and began our first group discussions, I started to realise that the topic was, for lack of a better word, really open…

The first aspect that we explored was regarding the concept of openness. With students in a course, I suppose that sharing and openness should come intuitively as an educator, and may be less of a problem. However, when it comes to casual sharing with other educators, it was trickier ground for me. I suppose my feelings may reflect the presence of structure, i.e., in a class setting, vs an absence of it, i.e., in casual sharing sessions. I learnt about the 5-stages of an educator (Kugel, 1993) from my ONL colleague, and perhaps as I move on from the earlier stages of focussing too much on myself, hopefully that fear and uncertainty about sharing with others would eventually dissipate. 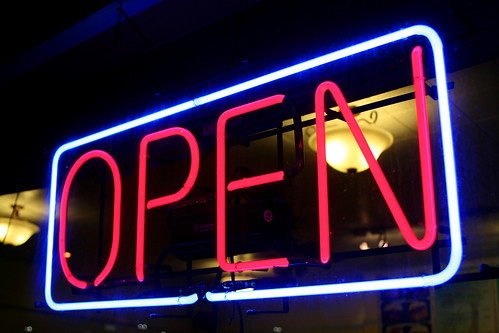 Moving onto another aspect of openness and sharing was looking into the concept of Open Educational Resources.

“Open Educational Resources (OER) are teaching, learning and research materials in any medium – digital or otherwise – that reside in the public domain or have been released under an open license that permits no-cost access, use, adaptation and redistribution by others with no or limited restrictions.“

Butcher et al. (2015) provides some basic facts, including the following:

I guess this understanding is important as there are areas which either have unreliable internet access, insufficient bandwidth, or restricted access to certain websites. If OER can be made available freely for an educator to download and share hardcopies with students, that would also fulfil the spirit of OER.

With regards to open learning, we have not investigated its concept and structure as much as we have explored massive open online courses (MOOCs). By definition, such courses have no student quotas—100,000s may register for a course, admissions are open without any particular processes—anyone may register, and everything is conducted online (adapted from Classroom Central).

Besides ONL202, I have had no prior experience with MOOCs, but I am intrigued by the concept of such open learning courses providing universal access to education.

I found this TED talk by Daphne Koller in 2012, a co-founder of Coursera to be very insightful, especially how they applied evidence-based pedagogical methods to build the courses. From Koller and also another TED talk by David Wiley in 2010,  I realised that the online teaching methods that they were talking about a decade or so ago, are only recently being introduced in on-campus teaching and in particular, being actively promoted for the present era of ‘forced’ online teaching.

While it appears that MOOCs could be test-beds for on-campus teaching and learning, among other things, I am continuing to explore what OER and open learning would mean to traditional institutions and lecturers, like myself. I do appreciate that companies and institutions have to seek returns for services they provide, but measures are definitely needed to ensure that open learning platforms remain ethical (Marshall, 2014), and don’t go the way of social media, where users become the product (see Netflix documentary Social Dilemma and/or read this).

This week I popped into some presentations at two different virtual conferences—Creative Commons Global Summit and Biodiversity Information Standards (TDWG) 2020—and was impressed by their dedication to making information openly available to as many people as possible. As we take care to look out for the pitfalls with open learning, I do feel inspired to move towards more open teaching practices (with experience) by following the example of openness in the CC and TDWG communities.

In the closing minutes of this week’s ONL202 webinar, Alastair Creelman, provided some interesting food for thought with regards to saving time and (public) money by being more open, sharing more, and exploring new ways of teaching.

Could you be a good teacher if you just give people a playlist, instead of giving the lecture yourself? Let people hear lecturers or experiences from different universities or countries, and your job [could be] to lead the discussion afterwards or more in-depth analyses…

One thought on “Open learning is not black-and-white”