Ever wonder why the term “British Malaya”?

During the period of 18th to mid-20th Century, the British was in control of many states in Malay Peninsula, including the island of Singapore, and they generally named this set of states as “British Malaya”.

This book was written by Cuthbert Woodville Harrison (a retired Malayan Civil Servant) and published in 1929 by the Malayan Information Agency to offer some indication of the conditions of life in Malaya and of the kind of career open to those who obtain appointment with the Malayan Civil Service. It recorded many interesting description of the life of the local people, their culture, the history and political scenarios of the various states in the British Malaya.

Interestingly, the author stated that “the largest town in Malaya is Singapore, the twentieth largest seaport in the world, with over 350,000 inhabitants in 1921. Other large towns are Penang with over 120,000, Kuala Lumpur 80,000, Ipoh 36,000, Malacca 30,000, Taiping 21,000, and Seremban 17,000 (Pg 8)”. He further elaborated on the historical background, the daily lifestyle (such as labour wages and the cost of living etc) and the culture of the Chinese, the Malays and the Indians in the British Malaya. In this book, you could also find the historic photos of the Singapore Harbour and the Ocean Building in Singapore; and the Old Market Square, The Land Office, the Selangor Club, the St Mary Church and the Government offices etc in Kuala Lumpur. It also contains pictures of the bungalows, the Class III Houses and the servants’ quarters that were occupied by the British Governors. You could get a glimpse of the pictures of the various races in their daily outfits, the religious architectures (eg the mosques and temples), the rice field, the Malay houses and boats etc. 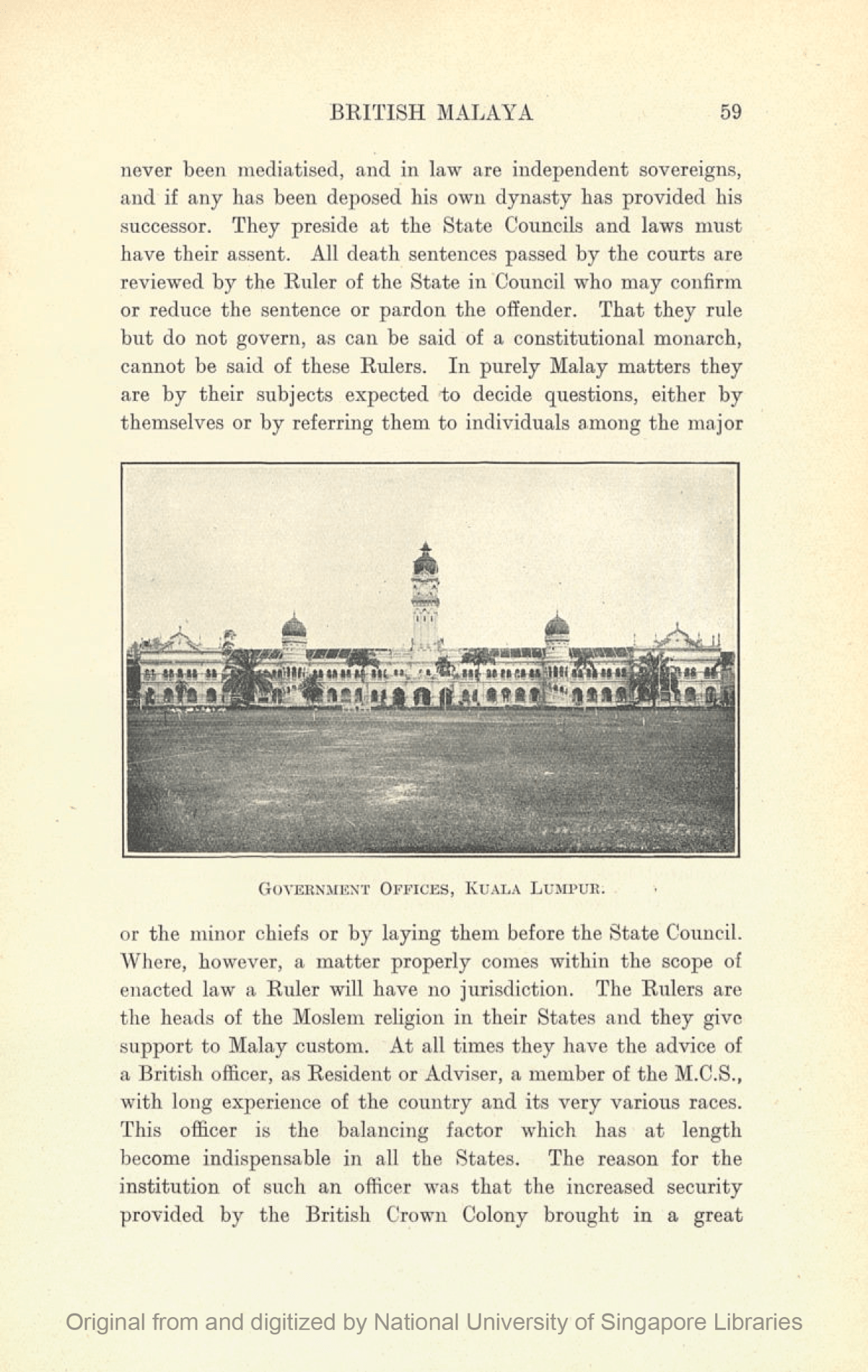