The Chinese in Singapore: Past and Present (新加坡华人: 从开埠到建国) was published in 1994 for the Singapore Federation of Chinese Clan Associations by a local publisher, the Educational Publishing House. It was written by Chui Kwei-Chiang (崔贵强) who was then teaching in the National University of Singapore. Chui had written extensively on the Chinese community in Singapore and Malaysia. This book is the first comprehensive account in Chinese that chronicles the story of the Chinese community in Singapore from the arrival of Sir Stamford Raffles in 1819 through the intervening decades ending in the 1990s. It details the metamorphosis of the Chinese community – the transition from a “migrant” identity closely bonded to the homeland to an identity as Chinese Singaporeans. In short, the journey from a mere “sojourner” to  committed “settler”. Chronologically, the book also covers the period of Japanese Occupation from 1942 to 1945, the post-war period from 1946 to 1964, Singapore’s independence in 1965, and the period of nation building since 1965. Thematically, the book addressed topics such as immigration, demography, economic development, social development, Chinese education, national identity and culture and interaction between the Chinese in Singapore and China.

The book contains an extensive bibliography providing many useful references for the interested reader. Besides books and articles, Chui made use of official records and newspapers in his narrative. He summarised past research and presented novel insights from his own perspective. For a newcomer to the subject, the book is an excellent launch pad to learn more about the history of the Chinese in Singapore. 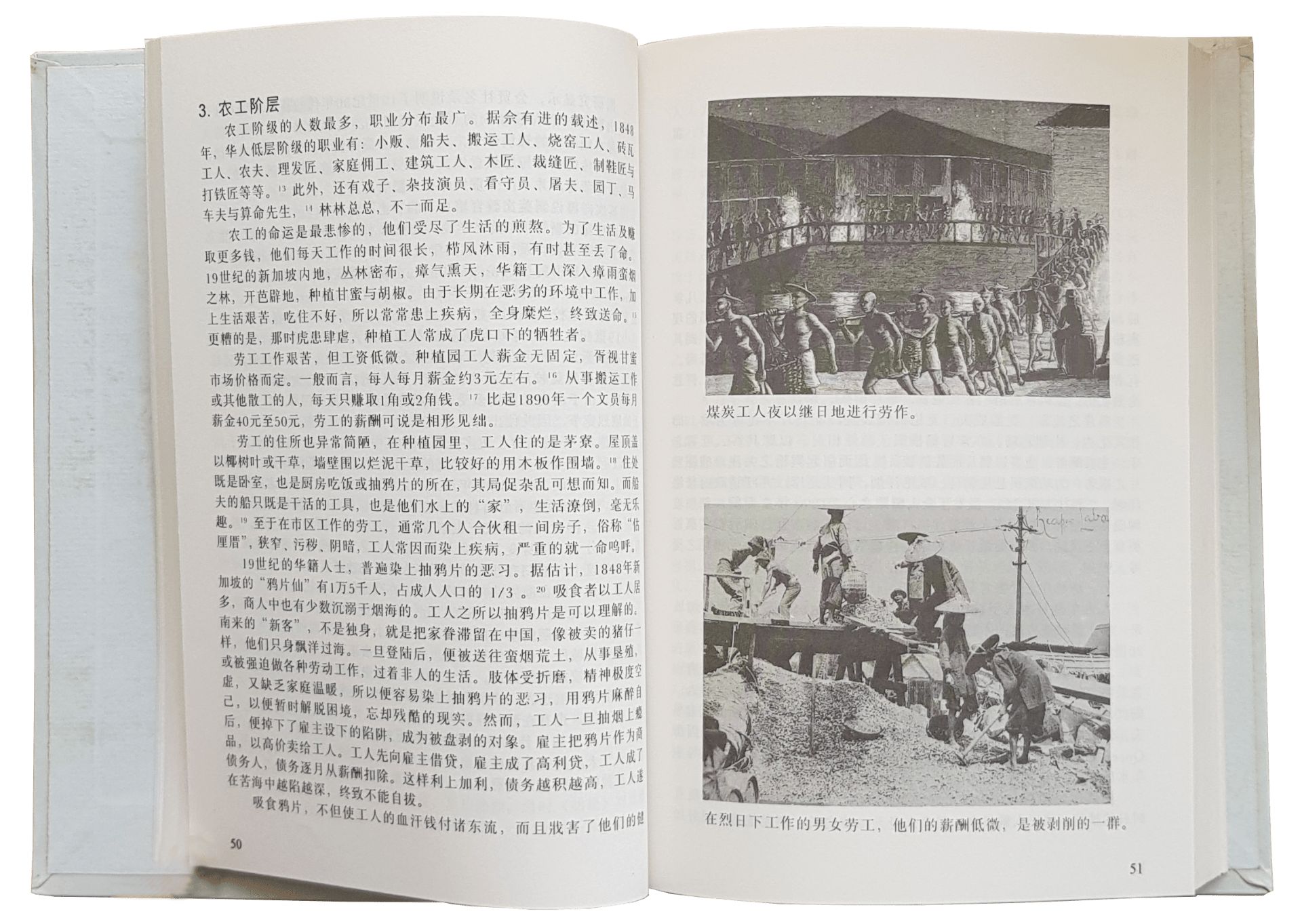