The book is clearly a labour of love by Lim Shao Bin, then the Vice President of the Japanese Cultural Society and editor of the book. Lim was a Singaporean who studied in Japan and developed a deep and abiding interest in Japanese culture. His career with various Japanese multinationals provided numerous opportunities to visit Japan. During his many countless work and leisure visits, he would scour old bookshops for books and other memorabilia on pre-war Singapore. From this and through his own personal network, he gathered artefacts that hold significant historical information of Singapore — from the founding of the Straits Settlements to the year of the Japanese invasion. Over a span of 30 years, he assembled a collection of 1,500 items, mostly in Japanese, many of which are reproduced in this book.

Filled with beautiful images and fascinating historical materials of a bygone past, it records Singapore in the early days, seen from the Japanese perspective. 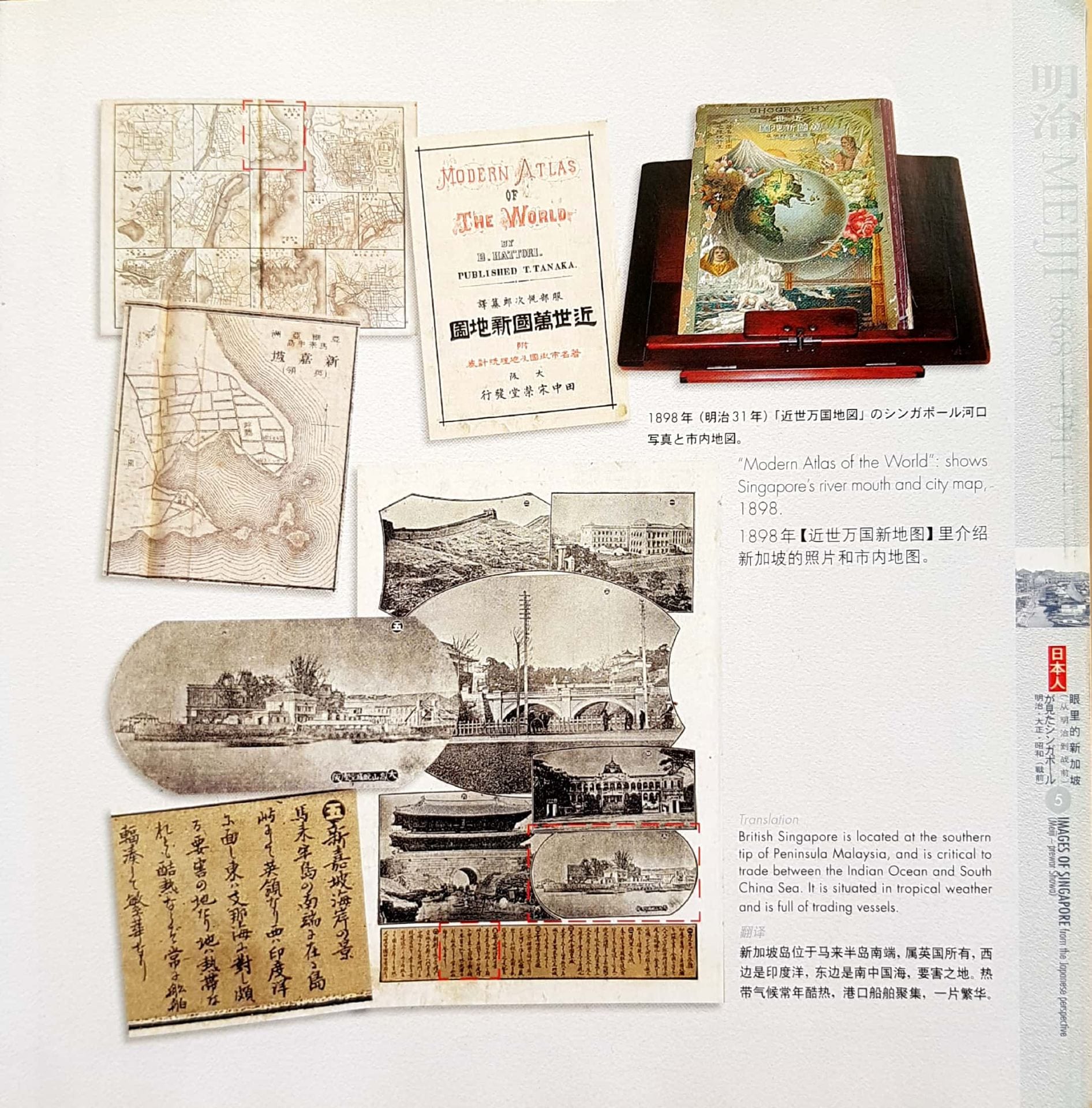 Some content highlights are as follows:
Maps: Most of the Japanese maps were produced during the Taisho (1912–26) and early Showa (1926–89) periods. The maps record valuable information such as geopolitical boundaries, location of economic resources, transportation routes, climate data, population figures, city layouts, military infrastructure as well as battle plans and conquests in Singapore. Collectively, the maps demonstrate the extent of intelligence-gathering and research that the Japanese carried out on Singapore. 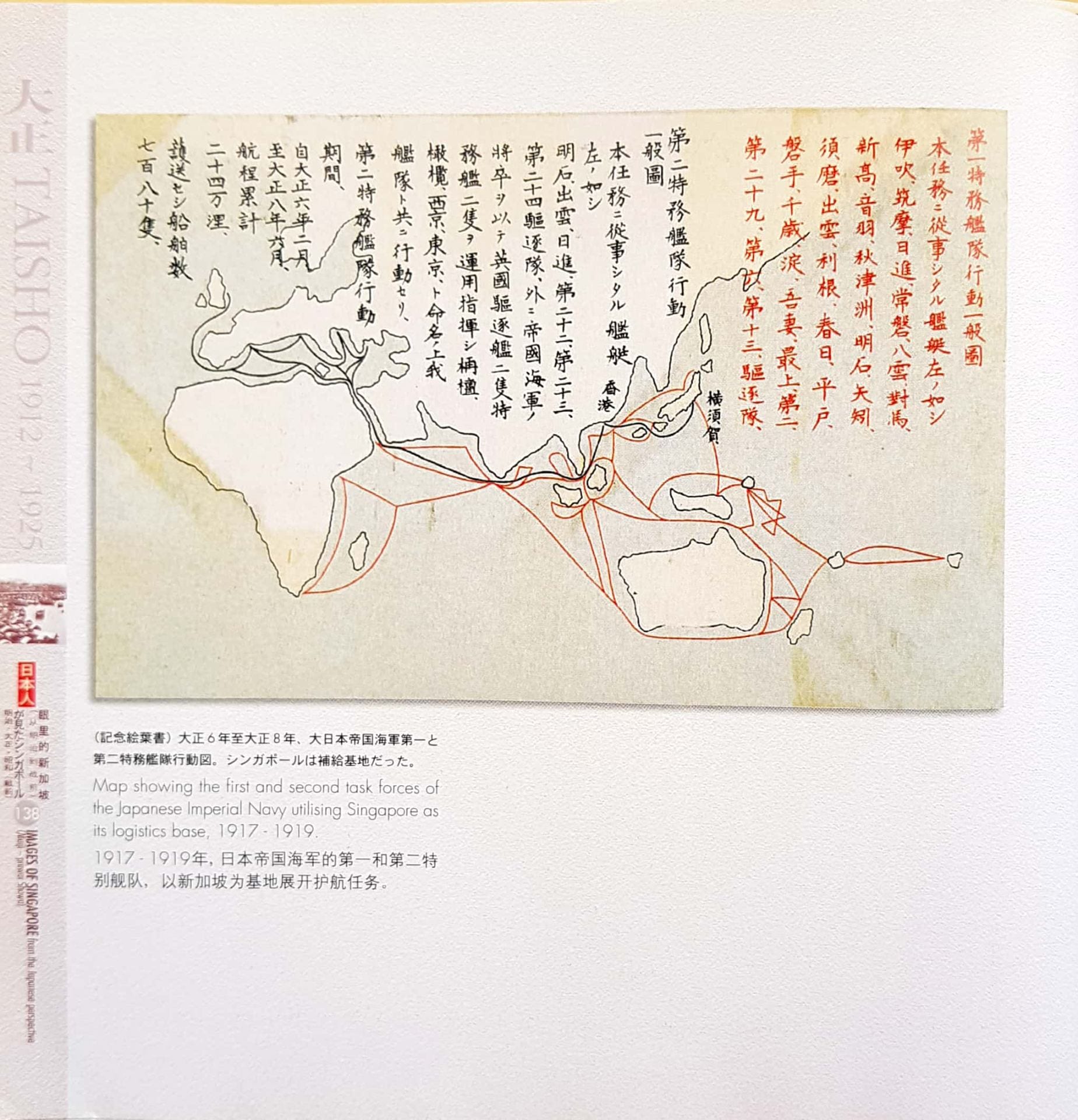 Postcards and Photos: More than a hundred picture postcards and photos were shown – in colour as well as black-and-white – mostly depicting streets, buildings and the Asian inhabitants of colonial Singapore. The postcards showcase familiar thoroughfares such as Battery Road, High Street, North Bridge Road, Orchard Road and Serangoon Road, and the more rural places like Tanjong Katong and Tanjong Rhu. All these images combine to graphically paint a picture of Singapore in a by-gone age when it was under British control. 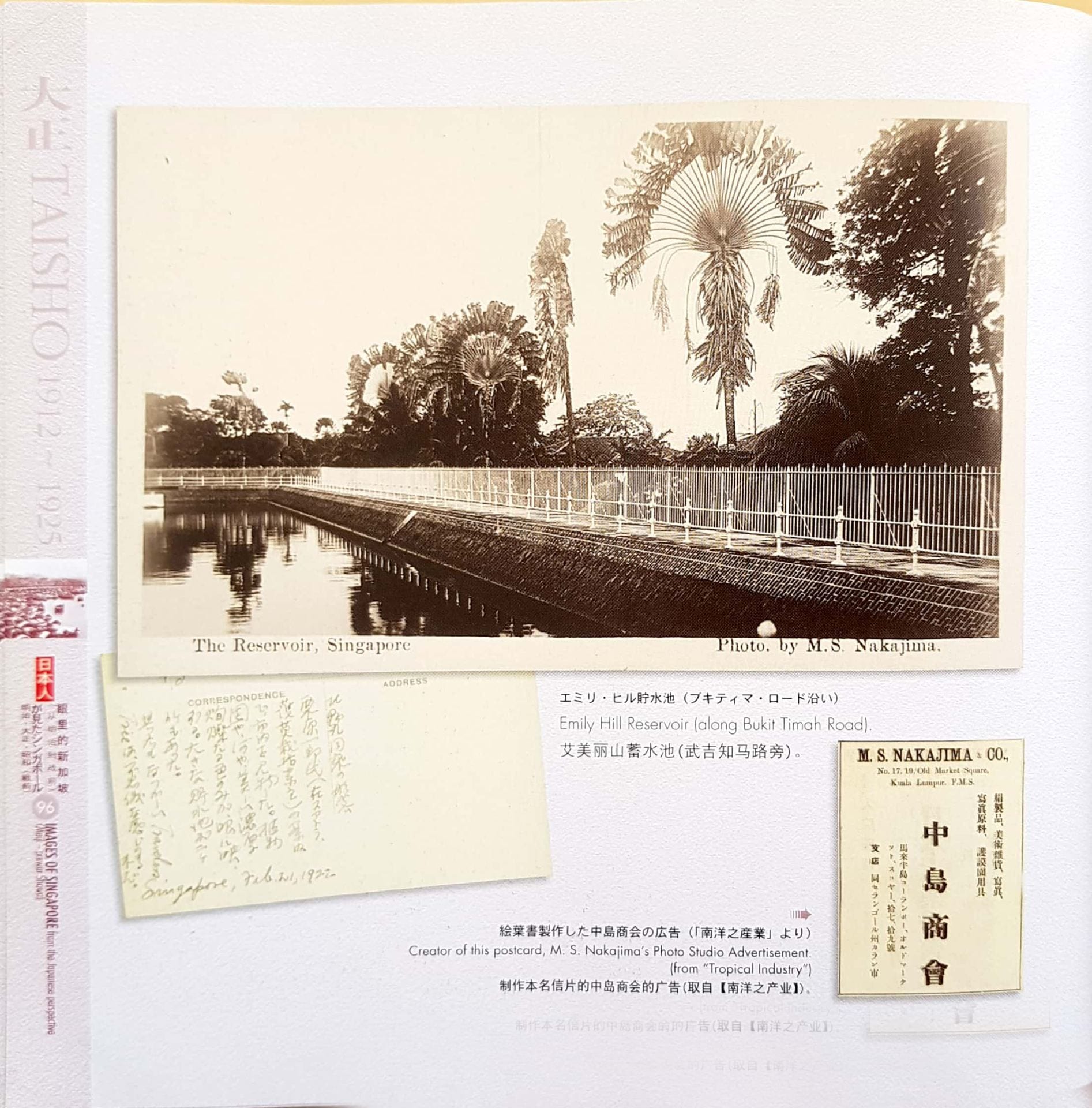 Letters: The Japanese living in Singapore would send letters and postal covers back to their homeland. These were primarily addressed to family, friends and business associates back in Japan, and are potentially useful for studying the social networks and lives of Japanese residents in Singapore.