Jit Shin Pau (日新报) was the successor to Sing Po which was in circulation for about 9 years and ceased publication in August 1898. After less than two months of restructuring, the Chinese daily was published under a new name, Jit Shin Pau. The first issue of Jit Shin Pau was published on 5 Oct 1898 and its serial number began with 2876, a continuation from Sing Po number. Jit Shin Pau was owned by Dr Lim Boon Keng (林文庆), who restructured and set a new direction for the paper. Unlike Sing Po which was a commercial press, Jit Shin Pau was founded with the purpose of spreading ideas on China’s political reform movement.

In line with the new mission, Lim and Jit Shin Pau spared no effort in changing the mentality and practices of the Straits-born Chinese and Chinese migrants. Jit Shin Pau became a platform through which new ideologies were expressed, calling for overseas Chinese communities to expand their horizons and refresh their minds. The paper publicised the Chinese Philomathic Society, an organisation for raising public’s awareness on political and cultural issues. Jit Shin Pau also published translations of the analysis of current affairs by Western newspaper presses and articles promoting the values of Confucian philosophies and the knowledge of Western science and technology.

Jit Shin Pau ceased publication in 1901 due to financial difficulty. Its publications from Oct 1898 to August 1901 are now available online at Digital Gems. 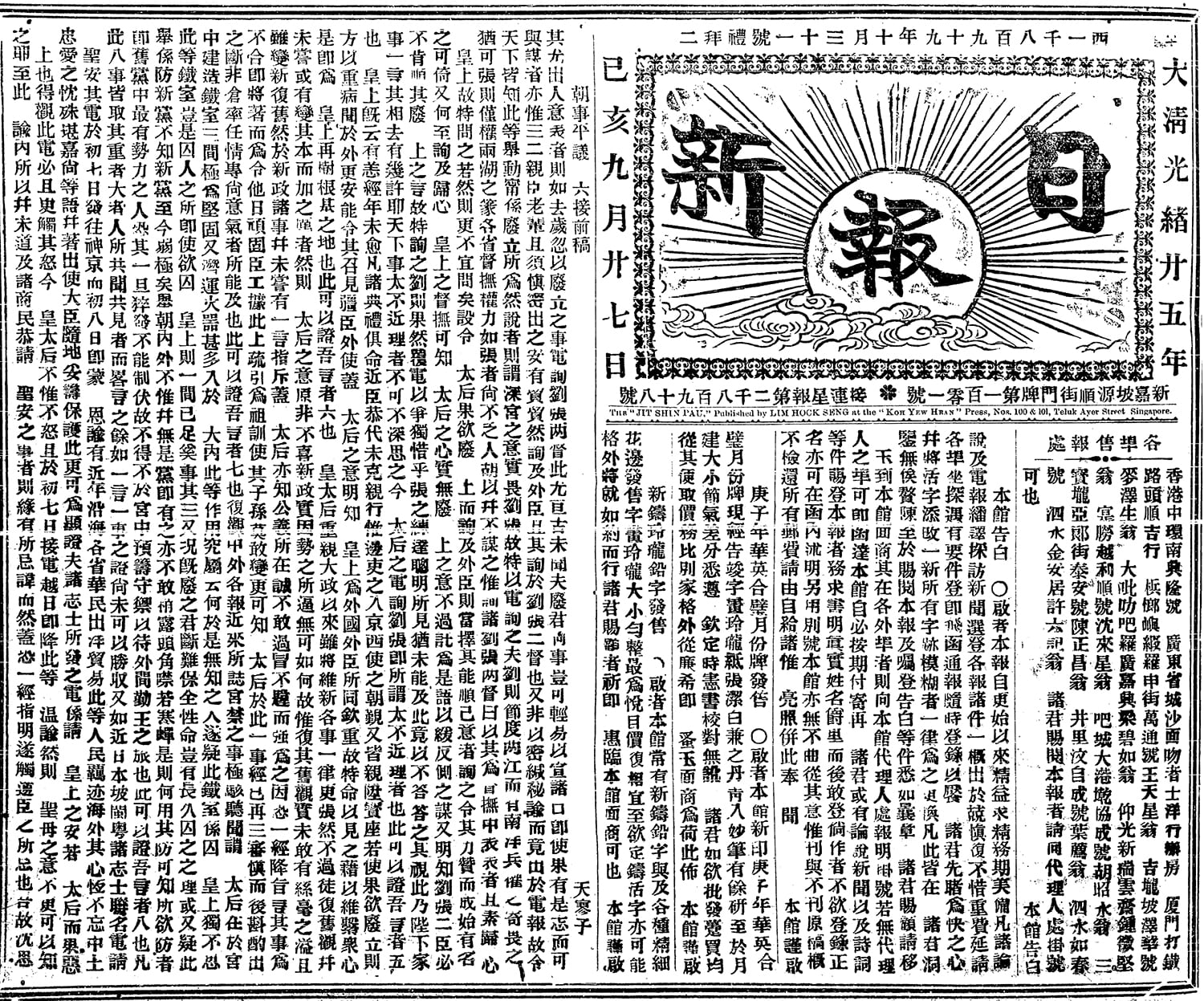