Thien Nan Shin Pao (天南新报) was published on 26 May 1898 in Singapore. It was founded by Khoo Seok Wan (邱菽园), Singapore’s literary pioneer and community leader, to advocate for China’s reformist ideas. During the Hundred Days’ Reform starting in June 1898, Thien Nan Shin Pao showed clear support for the Reform Movement, and strongly opposed Empress Dowager Cixi’s removal of Emperor Guangxu’s powers. The newspaper also published articles to argue that reform was the only solution to make China strong and capable of resisting external threats.

The newspaper had a strong editorial team, and Khoo Seok Wan was both the proprietor and the chief editor for Chinese, while Lim Boon Keng was its English editor. Thien Nan Shin Pao made two important contributions to the development of Chinese journalism in Singapore. Firstly, it broke the tradition of “hearsay” reporting which had been a common practice of other Chinese newspapers.Secondly, it was the first time a newspaper was a propaganda machine for a cause, in this case Chinese nationalism and reform.

In addition, there was a literary column in which most of Khoo’s writings and those of other poets and essayists would appear. This pioneered the addition of supplements in later Chinese newspapers.

The newspaper ceased publication on 30 April 1905 due to financial difficulties after being in circulation for 7 years. Publications from May 1898 to April 1905 are now available online at Digital Gems. 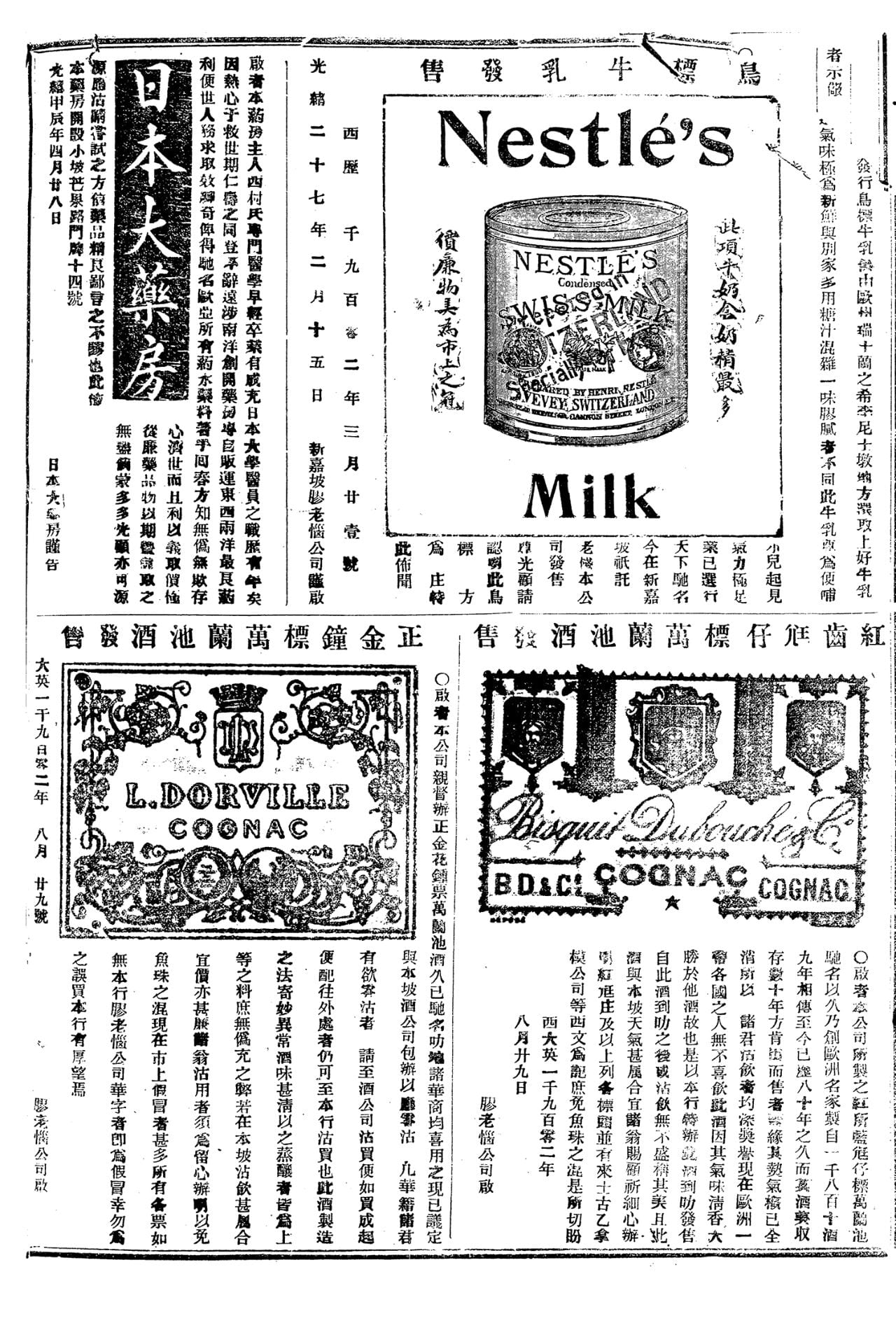