In British Malaya, the earliest Chinese newspapers were published in Singapore, followed by Penang. Chinese newspapers in Kuala Lumpur came into emergence relatively late because of the timing of the expansion of British colonial power and the size of Chinese population. The most influential and widely-circulated Chinese newspaper in KL during the pre-WWII days was the Yik Khuan Poh (益群报), which literally means “newspaper for benefiting the people”. Founded by Goh Tun-ban, it was first published on 24 March 1919 with the financial backing of local businessmen and Chinese nationalists.

When China’s May Fourth Movement broke out in 1919, Yik Khuan Poh supported the boycott of Japanese products. In addition to promoting nationalism, the newspaper also encouraged local Chinese education and rejuvenated Chinese culture. Influenced by the the political orientation of its editors, Yik Khuan Poh also advocated anarchism, populism and socialism. 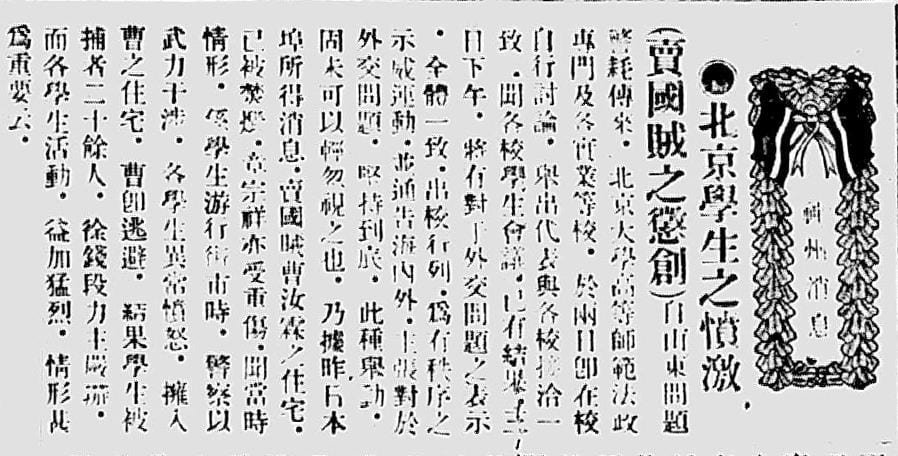 The economic recession in the early 1930s and the decreased support from its financial backers caused the newspaper to reorganise and rename as New Yik Khuan Poh in August 1935. It eventually ceased publication on 13 October 1936, after being on circulation for 17 years and 7 months.

Publications of the newspaper from its first print to September 1933 are now available online at Digital Gems. 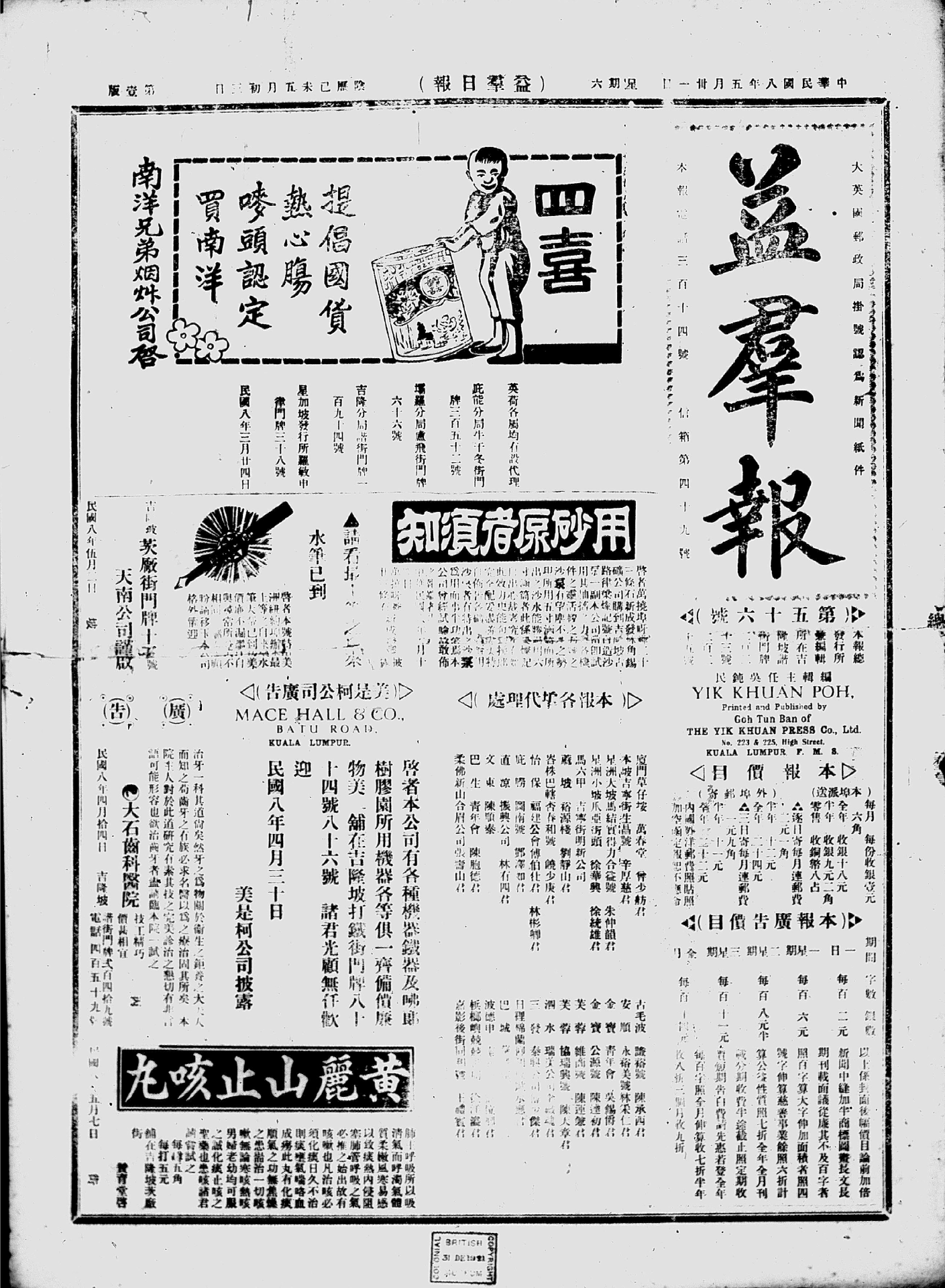